***Make sure you head over to Faces of Beauty for today’s amazing post from Megan!***

I don’t know about you guys, but my husband ADORES French toast.  Almost to a fault.  Almost.

Every time we go out to eat for breakfast he orders it.  Every time I ask him what he wants me to make him for breakfast, he says French toast.  Sometimes he pleads for it.

You could say he’s a connoisseur of French toast.

So it’s no surprise that he was pleading asking for me to make French toast for him with all of the leftover bread from our camping weekend.  Luckily he married a sweet woman who wants to make him happy!

The great thing about French toast is that, like a great pair of jeans, it’s one of those recipes that is easy to dress up or dress down.  You can make super fancy Brioche French toast with apples and cranberries in a homemade syrup.  Or you can do what I did and use simple sandwich bread and store-bought syrup.  Because either way it’s going to rock your face. 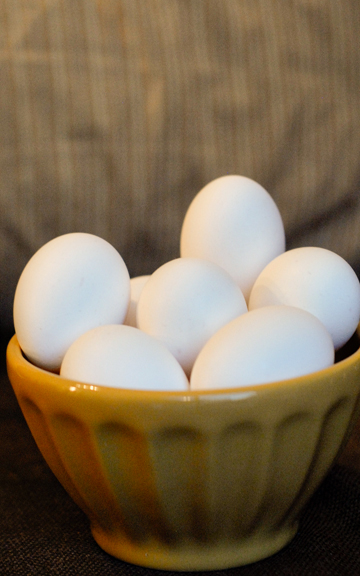 First things first you have to make the custard.  Break the eggs into a bowl and add the milk.  Whisk like a crazy person until it’s completely blended and you don’t see any of the egg whites in the mixture anymore. 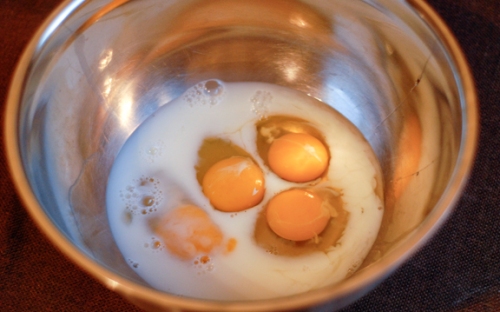 Add the remaining ingredients, except the bread, and whisk until the brown sugar is dissolved into the egg/milk mixture.  You want to make sure all that goodness gets all up in that bread’s business.  And yes I just said that 🙂

Now, this is where I’m going to say that a cast iron skillet is really the best thing in the world to use for cooking the French toast.  I heard this but never believed it.  Nate harped on me about it; I wouldn’t budge.  But y’all, I am here to tell you that cast iron is a revelation and you should jump on this bandwagon!  You’ll thank me later.  Anyway, melt about 1/2 Tbsp of butter in the skillet over very very very low heat. 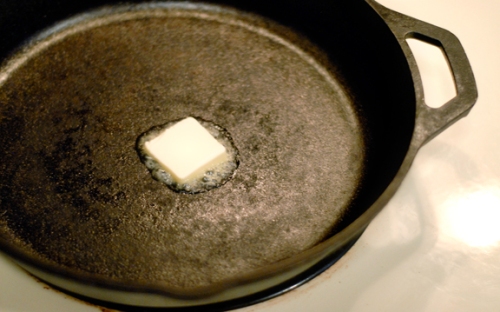 Once it’s good and melted, dunk your bread slices into the custard.  If the bread is thicker you might want to let it sit for a second, but ours was really thin, so a quick dunk is good.  Cook each slice for about 2-3 minutes on each side.

I did 2 slices then cut them in half so it felt like I was eating more.  Sometimes a little trickery is required when all you want to do is eat a loaf of custard-soaked bread and pour syrup… 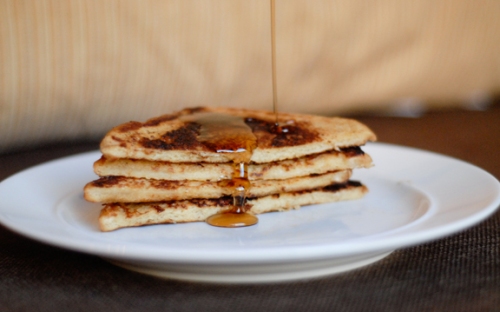 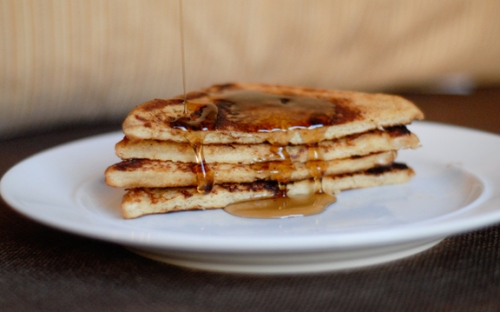 In other news, I believe that last week I went through 2 lbs of butter.  Ooops.