Good morning everyone!  First of all, thank you so much for all of your amazingly sweet comments on my post from yesterday.  It’s so nice to be able to put things in perspective before it turns into a bigger problem!  As I said yesterday, I want my focus to be authenticity in the things that I eat, the way that I move, the way that I love, and the way that I worship.  And I am at peace with that!

Today I’m just going to do a run-through of the eats since yesterday’s snack, and then move onto a much bigger happening!  Dinner last night was take-out from Chili’s since we were headed over to Jason & Steph’s house for The Truth Project.  I had a black bean burger with mustard, lettuce, tomato, and pickles:

And some fries with ketchup:

Steph had a chocolate cream pie to share!  I was only able to eat about half of the slice though…I was stuffed!  3 cheers for recognizing I was full! 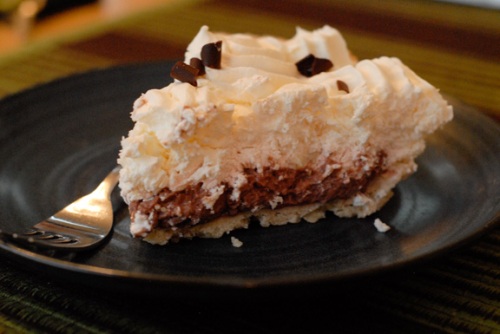 We were running late this morning (explanation to follow) so we stopped at Starbucks.  I got the Spinach and Feta wrap:

SOOO tasty!  I love the tangy saltiness of feta.  As Anne says, feta makes it betta!

OK.  Sigh.  Every year our company has a mustache growing contest (alongside a couple of REI stores and Pearl Izumi) to help raise money for Trips for Kids Denver, a non-profit organization that provides mountain bike outings and environmental education to underserved, urban youth who would not otherwise be exposed to such activities.  Anyone in any of the companies involved that wants to participate pays $20 to enter, and anyone who wants to judge the contest pays $5.  Nate’s participating, and I’m a judge!  The guys in our office take this contest VERY seriously, though.  Here’s Nate’s photo from last year:

Since it’s such a big deal (and we could actually win something awesome!), I made sure to print out several templates for Nate to choose from: 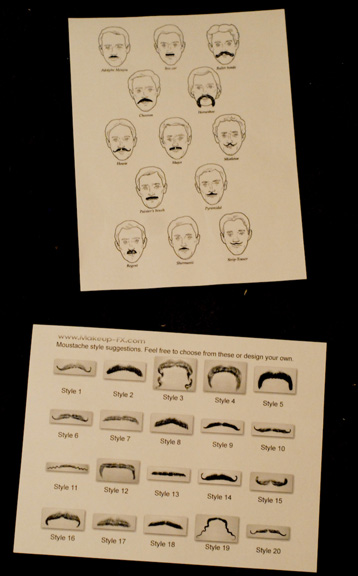 Which one should he choose? 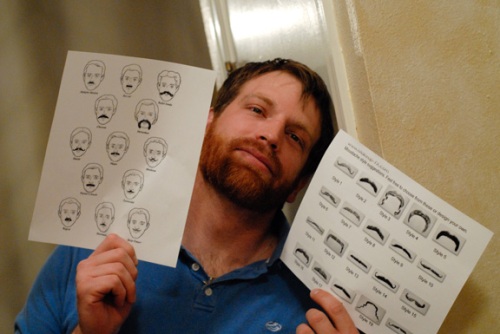 The pre-shave photo (he has had a beard for almost 3 years!  A couple months after we got married we took a trip to visit his family in Arkansas and he forgot his razor…and never shaved again!)

Y’all, my husband is the MOST attractive man on the face of this planet.  With the exception of this picture.  He knows this (because I told him about 20 times), but my stomach churned when he had these little things on his chin.  I almost threw up. 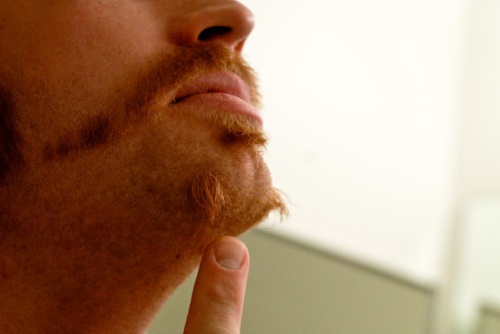 Thank goodness I pleaded with him enough to shave them off!  Here’s the stud getting ready for work: 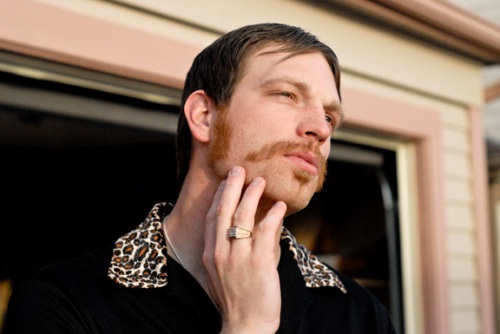 The only reasons I’m really OK with this are 1) it’s to benefit something bigger than ourselves, 2) he’s so hot the rest of the time, and 3) he’s going to shave it once the pictures are posted for voting.  Plus, I am kind of excited to see him beard-less!  It’s been way too long 🙂

Have you ever done something crazy (maybe not a mustache contest, but you know what I mean) to dress up?  What was it?  Also, if you have pictures you should email them to me (heathersdish@gmail.com)  I’ll try to post them tomorrow and link back to your blog 🙂 My favorite is the Ugly Sweater Party we had over Thanksgiving 2008.  We went all-out!  Want proof?  Here you go!  🙂

Hope y’all have a great day! 🙂