LITERALLY! But we’ll get to that in a second…it’s been quite the weekend!

Friday the only meal I ended up taking a picture of was my lunch.  It was a turkey sandwich with lettuce covered in about 1 Tbsp of Chipotle Ranch and some chips: 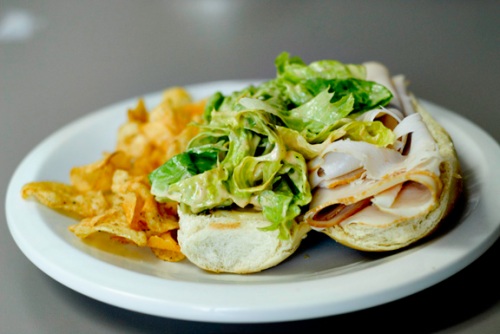 Now, here’s how you guys should know that I love ya:  I am posting the before and after pictures of my hair-doing from yesterday.  The thing is the “before” part is about 20 minutes after I rolled out of bed.  If that doesn’t say LOVE I don’t know what does…

And then here’s me “after” with my crazy goofy smile, hoping that Nate takes the picture before the imminent downpour: 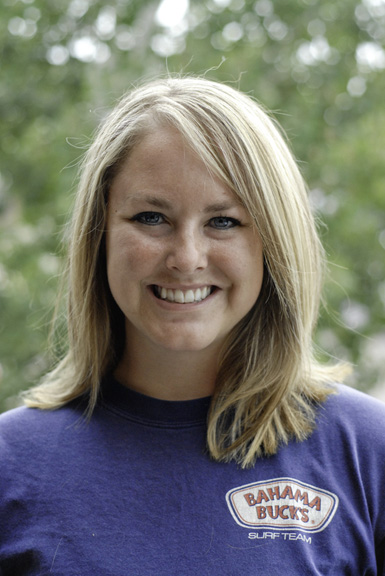 I love the color, and I must say that my hair feels healthier and I love that I don’t have 3″ roots anymore.  Apparently I hadn’t been in since February…OOPS!  Sorry Rebecca!

We walked around the mall for a bit before heading home and taking a nap.  We had to rest up for the kickball team party (Nate plays kickball because he’s a stud of an athlete :)).  Beforehand we went to the Lazy Dog rooftop patio for dinner: 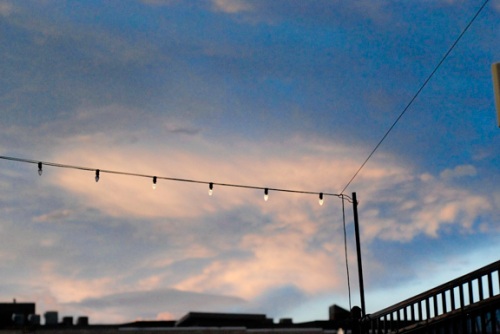 This was one of the first places we ate at when we moved out to Colorado!

We split these Southwestern Eggrolls with our friend Aaron: 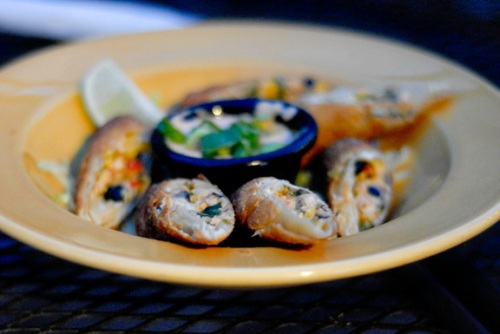 And then Nate and I split a burger:

Aaron got the Boulder Alpine burger with Swiss cheese and mushrooms (nomnomnom):

AND THEN WE WENT TO THE CANDY STORE!!!!!

Probably one of my favorite shops on Pearl Street now!  Powell’s is a really cool candy store that has just about anything you can imagine:

I actually hate black licorice, but liked this poster: 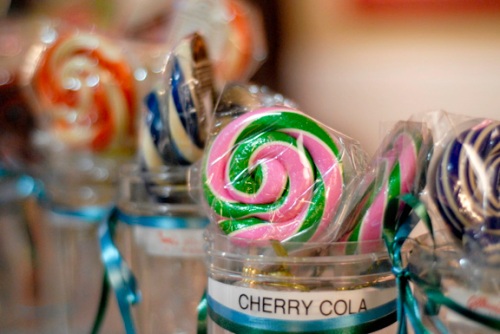 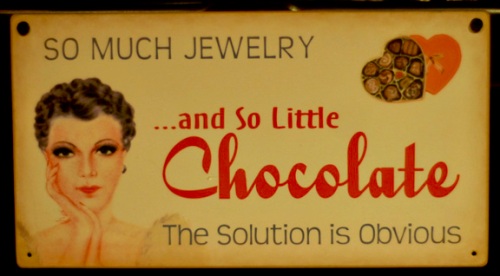 They also had gelato!  Nate and I split this cup with Tiramisu and Creme Brulee (SWOON): 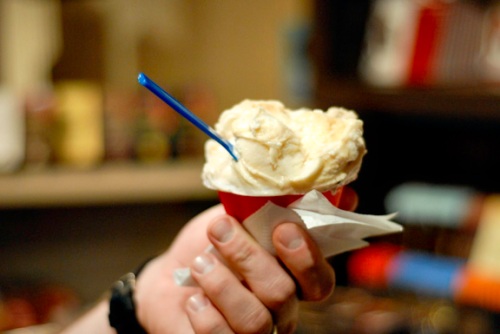 Now this is really cool.  Aaron kept talking about chocolate covered honeycomb, which (to me) sounded really weird, but he offered to buy us a piece: 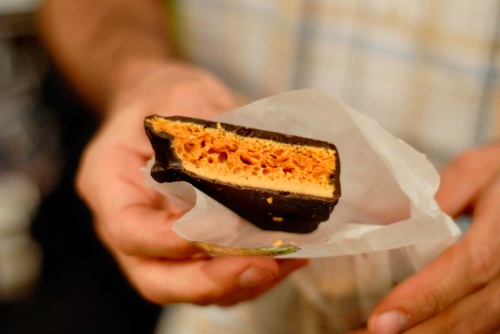 Y’all, this was really good!  They cook the honeycomb down until it’s crystallized and then coat it in dark chocolate.  It was crunchy and crispy like a Butterfinger on the inside, but had a really delicious and distinct honey flavor.  I think I have a new addiction 🙂

The kickball party was a blast, but no pictures (sorry!) were taken.  We got home around midnight and just completely crashed!  Today we’re going to go hiking with Robbie & Stefanie, which should be a blast, and I’m hoping to try on some Vibram 5 Fingers (get excited Ash!)  There will also probably be dog-playing, kitchen-cleaning, and nappage as well 🙂

I have to say that I’ve very recently jumped on the Glee bandwagon and am now obsessed.  Like to the point of watching those fan-videos made by 12-year-olds on YouTube. You know the ones:  they have that weird solid-color introductory page and then the video is really blurry, or it’s just still-shots of the scenes.  Don’t judge me 🙂

3️⃣7️⃣ and in LOVE with my skin - a statem

Here is something you need to know about me: I HAT

I’ve posted this before but gosh, it’s just a

I wish this was an accurate depiction of working f

Pictured: the thing that’s making me fall in lov

New favorite snack coming your way (and yes, the l

That feeling when you’re overwhelmed and then re