Beautiful Rebecca is on Faces of Beauty today!

This past weekend I went on a shopping spree.  Well, sort of.  A shopping spree for me tends to mean that I go somewhere (in this case TJ Maxx) with the intent of buying a bunch of stuff.  Then I find a bunch of stuff…great jeans, T’s, cardigans, bargain summer clothes…and inevitably walk out with nothing.

And by nothing I mean one kitchen item.  And no clothes. 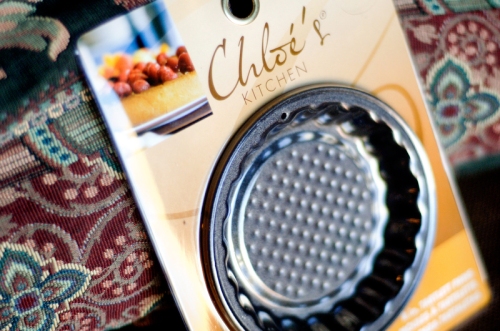 Y’all, is it normal that I would much rather wear ratty T-shirts and workout shorts and splurge on a gear-filled kitchen instead?  That seems pretty normal to me, but Nate swears it’s not.

Hey, normal is boring 🙂  And I think I categorically say that I am NOT normal.

I mean that in a good way.

So yes, the food.  I bought some mini tart pans and instantly considered my options with what I had on hand at home:  banana cream pie, another tatin, perhaps an apple crumble…

Then I realized:  one of my favorite desserts in the ENTIRE world (emphasis on ‘entire’) is lemon bars.  So much so that when my mother-in-law remarried she asked for lemon bars the size of a grown man’s head at her reception.  I still don’t know how I can ever repay her for that one. 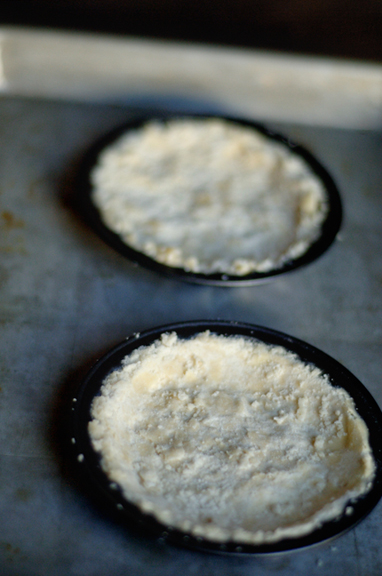 It’s simple:  rather than making the entire thing in a 9×13 pan like you would normally do you press the dough into a tart pan instead.  And there you have it:  glorified lemon bars.  Hey, I think they deserve a lot of glory.  There’s no need to worry about it being high enough on the edges as the butter (mmmmmmmmmmm, buttah) will make the entire thing slide down anyway.  After baking off the crust you’ll have to take a measuring cup and press the crust up around the edges before pouring the filling in.

P.S. below is a picture of the microplane Nate got me for my birthday!  I am so in love with that thing it’s not even funny…do you guys realize how much easier it is to grate stuff on these bad boys?!?!

Obviously lemons are involved.  In case you couldn’t tell from my header I adore their bright, sunny color.  They can bright up any day.

Preheat your oven to 350.  Grease your tart pans (whatever size you choose)  In a large bowl, crumble together the flour, powdered sugar, and butter.  And yes, with your hands!  There’s nothing quite like using your hands to mix things…it’s raw, primal, and a ton of fun.  What’s not to love?  Anyway, lightly press the dough into your tart pan(s) and bake at 350 for 15-20 minutes until the crust takes on a golden brown color.  Let cool slightly and, using the bottom of a measuring cup, press the dough up around the edges being careful not to break it.

While you’re baking the crust, mix together the eggs, lemon juice, sugar, flour, and zest.  As soon as the dough has been pressed around the edges pour the lemon mixture in.  Bake at 350 for about 15 minutes for mini tarts and for about 20-25 minutes larger tarts.

I only made two, one for me and one for Nate, and I just about ate his several times.  Good thing he came home to stop me, because his would have been GONE.

A girl only has so much self control, you know?

Too bad the next day I ate his without telling him.  Oops 😉

Happy Tuesday guys!  I have a surprise tomorrow…stay tuned!